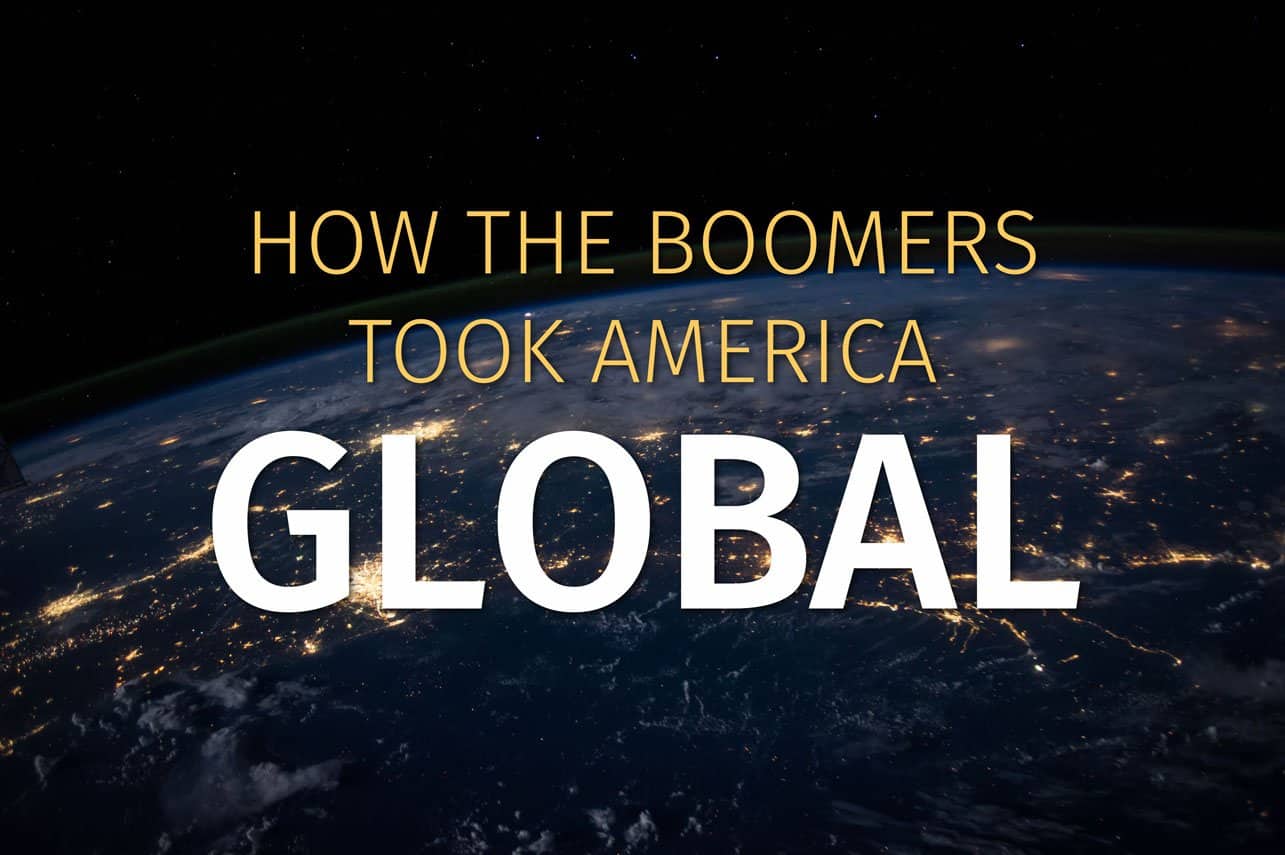 When January rolls around, many Americans turn their thoughts to vacation planning. 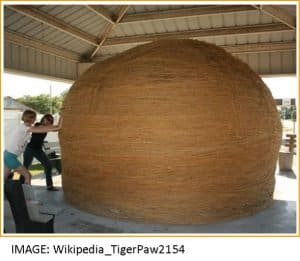 And, as in most other areas of the U.S. economy, Boomers are the driving force behind the travel industry.

It’s not just about loading the family into the minivan for an interminable are we there yet road trip to see the world’s largest ball of twine. Increasingly, thanks to the Boomers, we’re heading off to foreign locations and experiencing different cultures.

According to U.S. National Trade & Tourism Office (NTTO) data, around 35 million Americans traveled to an overseas destination in 2016 and another 45 million went to Mexico or Canada – our southern and northern neighbors being considered international rather than overseas.

With an average age of 45 (NTTO), half of these overseas travelers are Boomers and older Gen Xers. It’s hardly surprising – Boomers pioneered mass-market air travel. In 1967, only 20% of Americans had ever flown in a commercial aircraft; by 2000, the figure was over 90% (Gallup). 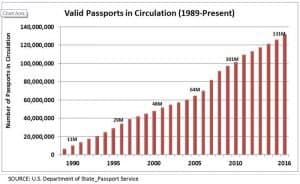 Along the way, Boomers drove dramatic growth in U.S. passport ownership from 7 million in 1989, when the youngest Boomer turned 25, to 131 million in 2016 (U.S. Passport Service).

In today’s marketing environment, it’s predictable that Millennials get much of the coverage. But keep in mind, it was their Boomer parents who got those cute little tykes started years ago, taking them into the friendly skies with – hopefully – enough coloring books to keep them occupied en route.

We Boomers caught our own travel bug in a more proactive manner; back in our day, it was the exciting new medium of television, not Airbnb that helped to open up the world.

The Olympic Games on TV: live pictures from “over there”

Every four years, the Olympic Games are about the most international of all international events. After Tokyo (1964), Americans were able to watch them live via satellite. It was an amazing breakthrough. 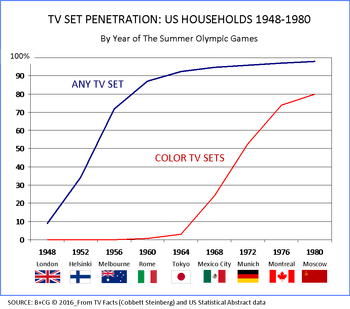 In 1964 U.S. household TV set ownership stood at 92% — almost all were black and white receivers. It would be 1980, the year of the Moscow Olympics, before color penetration would reach 80%.

So, with television as a catalyst, Boomers learned to adapt, decade after decade, from live global satellite broadcasts to color to giant flat screens to Netflix.

In 2017, the wheel has come full circle: Boomers can stream the first season of Gilligan’s Island in glorious black and white. It’s 1964 all over again. Ain’t technology grand, little buddy?

The globalization of the American Boomer

The opportunity to watch the Olympics via satellite occurred at a time when Americans were already developing a wider awareness of other peoples and events in other lands.

Inevitably, this interest was adopted – and intensified – by the Boomer generation. From the sixties on, we steadily blended global influences into our everyday thinking, sometimes deliberately, sometimes accidentally and sometimes without even noticing.

For starters, let’s blame the British. Why not – doesn’t everyone?

What with James Bond, The Beatles, The Stones and Twiggy, the sixties took off with an international-lite flavor. The British Invasion didn’t require sub-titles, although concepts like bonkers and grotty were a little hard to grasp at first.

Before long, Boomers opened up to foreign films, Monty Python and ethnic food from across the planet.

Today, they watch their favorite shows on Asian brand TV sets, text one another on smartphones from China and Korea and drive to the movies in one of the import car brands that now dominate the market. 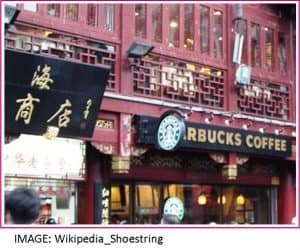 And Boomers didn’t just absorb new experiences from other cultures: as marketers and business people we took American brands global.

Today, our back-packing Millennial kids can find a Starbucks in 70 countries, and, except for James Dean purists, pretty much no one notices – or cares – that former “all-American” icons like Levi jeans and Chuck Taylor High Tops are manufactured half a world away.

Of course, not everyone embraces change. Sadly, Madison Avenue feels more comfortable staying close to home, clannish, hunkered down with like-minded kin-folk and shunning outsiders from beyond the frontier of the 18-49 demographic.