The original American Baby Boomer definition was based solely on demography: people born 1946 through 1964. 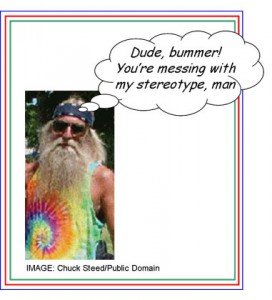 At the time, policy makers wanted to assess the economic impact of this huge cohort in the years ahead – the pig in the python as one demographer colorfully described the population bulge of Boomers moving through life’s successive stages. Who says statisticians don’t have a sense of humor?

So the term Baby Boomer had nothing to do with love beads, tie-dye, hippies, anti-war protests, sex, drugs or rock n’ roll. Nor did it have anything to do with disco, yuppie greed or the rise – and fall – of the SUV.

These associations were all tacked on later to create an enduring bonanza for sermonizers, social scientists and pundits. 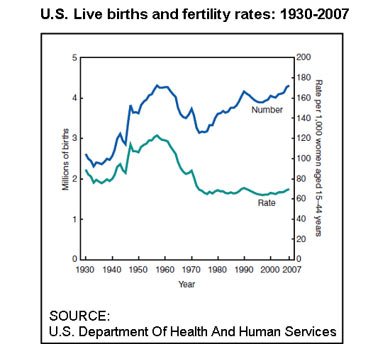 The social Boomer generation actually began in 1940 when the depression-era slump in US birth  rates finally turned around.

Except for a brief WWII dip, the birth rate grew steadily, peaking in the late 1950s. It would not rise again until the children of leading edge Boomers started families of their own.

Although the conventional definition excludes children born in the early 1940s, cultural, social and life experiences do not; they grew up in the same dynamic world as their slightly younger siblings.

Acknowledging Boomers born 1940-1945 resolves a paradox. Some of our greatest icons were born in those years, only to be shoved by traditionalists into the Silent Generation (@1927-1945).

According to this, Happy Days stars Tom Bosley (super-square dad, Mr. Cunningham) and Henry Winkler (super-cool Fonzie) are both “Silents.”

Allegedly, Bosley, born in 1927, who grew up in the Great Depression and served in WWII, shares the same life-shaping events as Winkler, born in late 1945 after the war ended.

Okay, the Beatles are Brits, but social historians routinely cite the Fab Four as Boomer idols.

Recent social research confirms many consumers born before 1946 identify as Boomers. In Generations in a Mirror: How They See Themselves, the Pew Research Center reports a third (34%) of members of the so-called Silent Generation, born 1945 and earlier, do so.

United by un-coolness, Gen Xers join the Boomer-Plus Generation in 2015

As Americans turn fifty, almost overnight, they become un-cool in the eyes of mainstream brand marketers. According to old Mad Men era thinking, this is because our loyalties and buying decisions are now fixed, and our minds  closed to new ideas.

After leaving the 18-49 demographic we are dumped faster than a Lost In Space VHS collection, and disappear from advertising except as consumers of pills, potions and retirement products. Sure, some marketers use the 25-54 demo, but it’s a distinction without a difference – the stereotypes are the same.

A bigger market than any EU country

In fact, we’re 93 million strong – if we were a nation it would be the 15th most populous on the planet. As owners of over 70% of America’s household net worth, this 15th Nation is a bigger, more affluent market than Germany, or France, or Italy, or the UK and way bigger than Canada and Australia combined.

What’s more, we invented the modern world and adapted all our lives; we’re pretty darned good at it.

It’s time to embrace the uncool pig in the python.