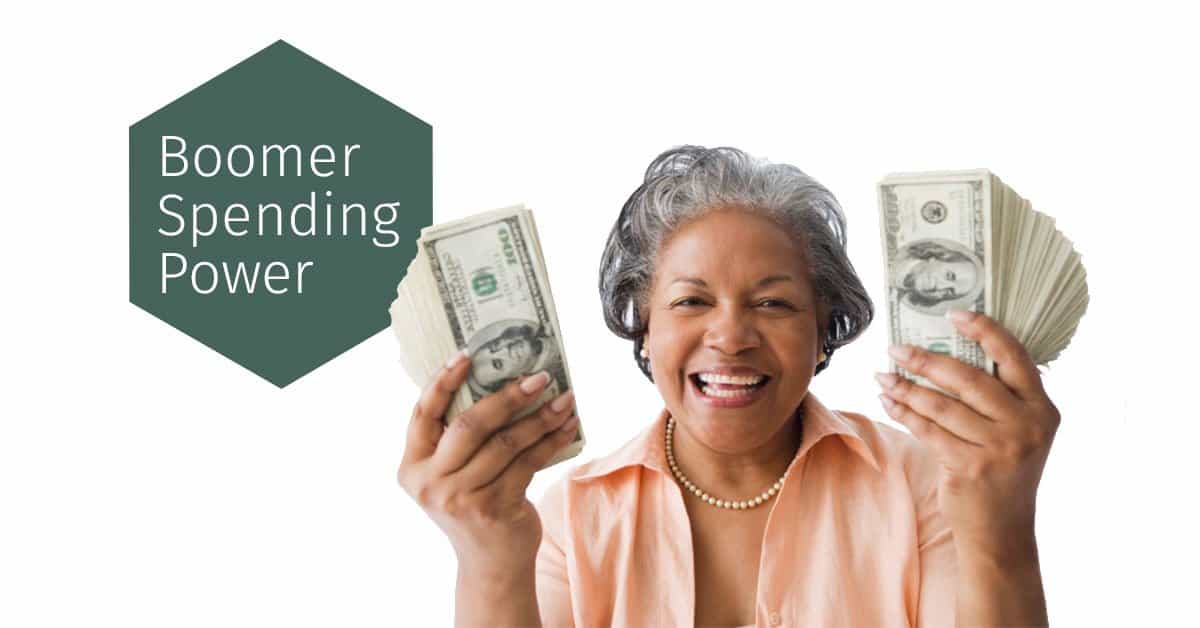 There’s an old story about the corporate CEO who insisted all analysts present their findings to management with one arm tied firmly behind their backs. The boss was tired of wishy-washy reports that concluded “on the one hand … but on the other hand.”

Legendary or not, when a Pew Research Center report proclaimed The American Middle Class Is Losing Ground, that wise CEO came to mind. 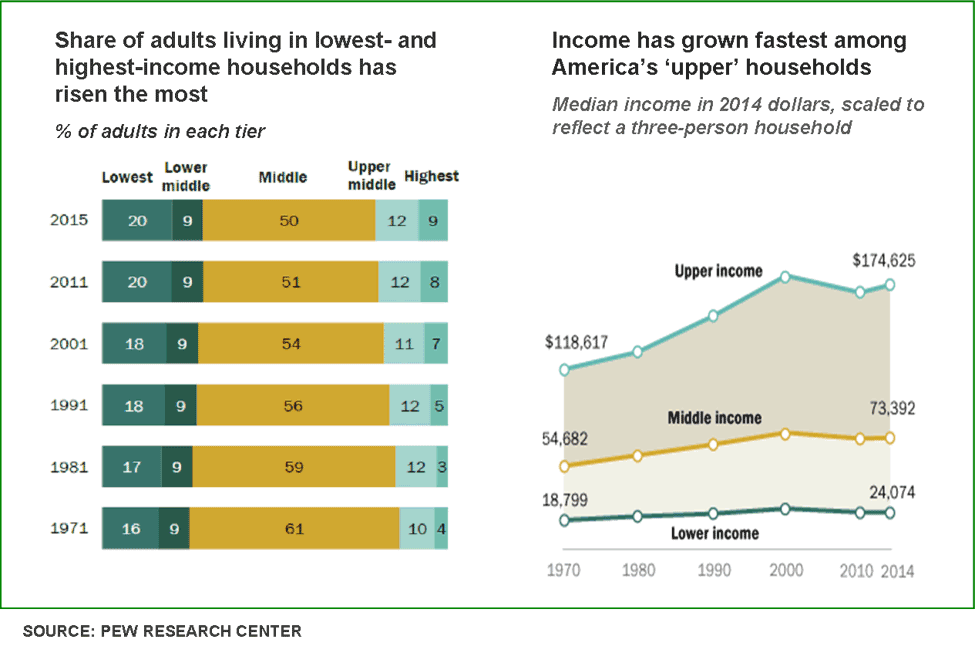 With fodder like this, the report triggered widespread two-handed analysis within the commentator class. Channeling Boomer childhood favorites Chicken “the sky is falling” Little and “play the glad game” Pollyanna, news reports skittered back and forth to achieve balance.

To be fair, Pew’s fact-packed report provides ample material for both hand-wringers and cheerleaders.

On the one hand… the Chicken Little focus – fraught with socially conscious angst – was on how America’s economic pie is disproportionately shared and seized on findings that the middle class is being hollowed out and low income ranks are growing.

On the other hand … The Pollyanna takeaway is how much bigger today’s pie is for all income groups versus 1970 – all tiers are better off in 2014. Yes, the rich more so than others, but – Pew’s snappy title notwithstanding – no income tier actually “lost ground.”

For Boomers and the American economy that last statistic is the most important.

The Wile E Coyote method: cut to the chase

Question: who out in the real world, far from the gray domain of statisticians and social trend-trackers, personally experienced the beneficial changes in the forty-plus years between 1971 and 2015?

Answer: why, Boomers and older Americans of course – as in “hey, I don’t care about the rich folks across town, but I’m way better off than my grandparents were at my age.” 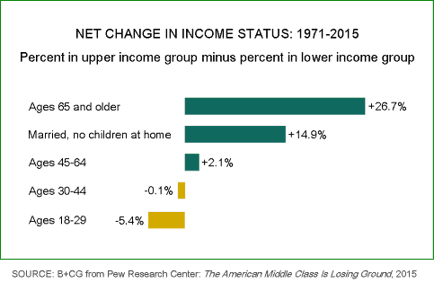 In fact, Pew shows that Americans 65-plus and married empty-nesters were the only age demos to experience meaningful growth in income status 1971-2015.

So, gloomy headlines aside, is it really a surprise that 80% of all U.S. household net worth is owned by the 111 million Americans aged fifty and up (AARP).

So, after the Chicken Littles and Pollyannas have had their say about Boomer spending power, it’s time to turn to Wile E. Coyote for an actionable bottom line. 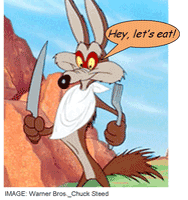 The Financial Times summed up the Pew report in more erudite terms, but the bottom line is the same:

“The US middle class is already being reshaped by its aging population, and older citizens are set to play a swelling role in the economy as their weight in the middle and upper income brackets mounts.”

The FT went on to quote projections by McKinsey Global Institute partner, Jaana Remes: “Americans aged 60 and over are forecast to drive half of all U.S. spending growth between 2015 and 2030.”

But, so far, mainstream brands have not gotten hungry enough to chase us down; Ms. Remes, also stated she is “surprised she had not heard corporate leaders express more interest in this group.”

However, somewhere out there a hungry strategist is ordering an Acme Surefire Snag-a-Boomer Kit and stocking up on Grey Poupon. Genius.