Most Americans have endured setbacks since economic malaise arrived back in 2008. And many say Boomers were hit especially hard because we have less time to recover financially and face health issues that will rob us of our golden years.

Googling Boomers generates a litany of dire predictions from failing health to a delayed and under-funded retirement.

For sure, Boomers didn’t like the slowdown. Who did? But doomsters fail to take into account that Boomers are also America’s most adaptable generation.

We weathered crises way more challenging than – sarcasm alert – why the iPhone 4 charging cable didn’t fit an iPhone 5. We evolved from typewriters to laptops, from rabbit ear antennae to streaming video and from the Sears-Roebuck catalog to Amazon Prime.

We’re the counter culture crowd. We keep on truckin’ and we question authority, especially the inevitability of doom and gloom.

Boomers, backlash and The Onion

Boomers have already had to accept backlash; we are no longer cool. Some even gloat over the decline of what has been called America’s most self-centered generation, as if a much needed comeuppance has finally arrived.

The backlash was already building back in 1999 when the satirical broadsheet The Onion wrote a hilarious preview of today’s Boomer doom stories. The part we like best is … 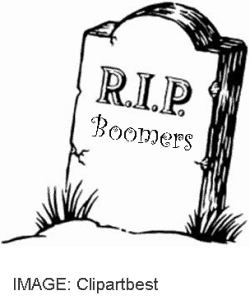 “… after decades of waiting, the much anticipated mass Baby Boomer die-off should finally commence within the next five to ten years… the curtain will at long last fall on what is regarded by many as the most odious generation America has ever produced”

Boomers and the Celebrated Jumping Frog of Calaveras County

Mark Twain would have loved The Onion. 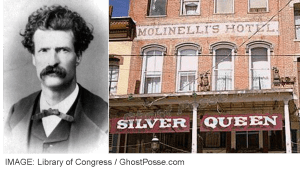 The Territorial Enterprise building still stands, across the street from one of Twain’s favorite watering holes, the Silver Queen Saloon – home today to one of the Old West’s most famous ghosts.

When The New York Journal mistakenly announced his death in 1897, Twain famously responded “The reports of my death are greatly exaggerated.” He lived 13 more years to prove his point.

The same applies to Boomers.

The reports of our death are greatly exaggerated, especially the obituaries issued by mainstream brand marketers who no longer target Americans over fifty because, they say, we are too old to adapt or switch brands.

The landscape above the Comstock Lode is barren and nondescript, yet fortunes awaited gritty visionaries who looked beyond the obvious.

Today, history is about to repeat itself. 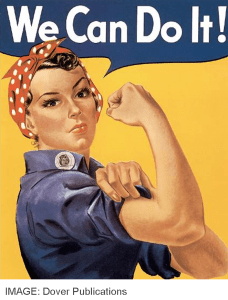 Like Virginia City pioneers, a few brawny young Madison Avenue disruptives are beginning to dig below the surface of conventional wisdom to find their own glittering bonanza among the 110 million Americans aged fifty and over.

Disregarding the naysayers, they are discovering that the largest cohort, the 93 million strong Boomer-Plus GenerationTM, born 1940-1965, owns of over 70% of U.S household personal net worth.

If it were a country this would be the world’s 15th most populous – a bigger, richer market than any European nation, and far larger than Canada and Australia combined.

Even better, after a lifetime of change and evolution, Boomers are America’s most adaptable generation – our 15th Nation is a latter day Comstock Lode.

It’s high time for smart mainstream brands to get past the old-fashioned notion that Americans in the 50+ space are hardly worth targeting.

Thinking like that is as outdated as the plumbing in a 19th century Virginia City outhouse.