How Do Seniors Think Differently?

How the Brain Processes Information

We’ve learned that marketing activities exert an enormous impact on individuals and that consumer behavior is very relevant to the dynamics of marketing practices. We’ve also learned that a good understanding of how the brain processes information goes a long way to improving connecting processes.

1. There are material differences between males and females in the architecture and functioning of their brains.

This often leads to different responses to the same experiences. Females generally make greater use of right brain functions in thinking processes, making them more subject to emotional arousal than males. However, research indicates that in later life, the gap between males and females in emotional sensitivity narrows. Males become more intuitive and depend more than they did earlier in life on emotional reads of a situation to determine if it warrants further attention.

Marketing Implication: Logic in product messages generally works better with males than females. However, this doesn’t mean qualitative differences in accuracy of perceptions because females generally make more effective use of intuition, a right brain, and emotionally based function. However, once a female experiences a favorable insight, she may become as rational in further processing of a matter as a male. It’s just that her right brain is a more formidable gatekeeper to the left-brain than male brains generally are. 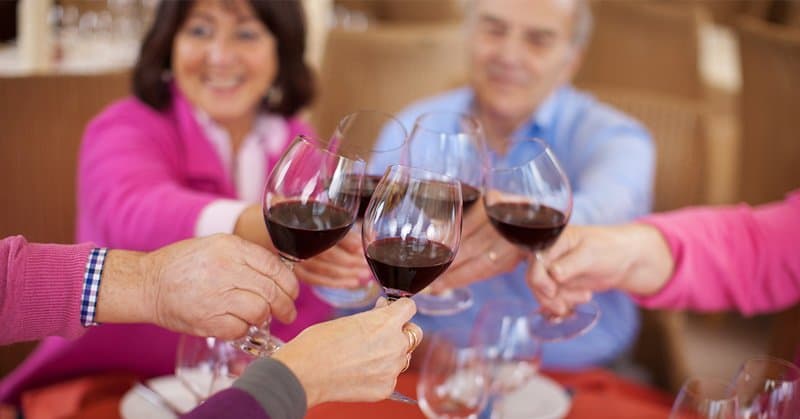 2. Our motivations do not originate in the conscious mind.

The conscious mind is the executive officer that, like a corporate CEO, makes decisions on needs that have been framed at lower levels. Neurologist Richard Restak states in The Brain Has a Mind of Its Own “We have reason to doubt that full awareness of our motives may be possible.” Adds brain researcher Bernard Baars in, In the Theater of the Brain, “Our inability to report intentions and expectations simply reflect the fact that they are not qualitatively conscious.”

Marketing Implication: Answers consumers give researchers about their motivations are often incomplete or off the mark simply because people can only speculate about their motivations at deepest levels of the psyche. Creators of product messages need to become more intimately familiar than is typical with the “hidden drivers” of consumers’ behavior, about which they have little explicit knowledge. These drivers tend to be stage-of-life specific. For example, young people generally have stronger outer-directed motivations relating to social status than older people. Older people’s motivations tend to be qualitatively more experiential and less materialistic than younger people’s motivations.

3. Brain development is lifelong, and how people mentally process information changes from one decade of life to the next.

This alters how people view and connect with the external world (worldview). Language style preferences also change over time. For example, youth and young adults generally have a more assertive language style than older people.

Marketing Implication: Product messages will be more effective when expressed in the stage-of-life language style of the core market to which you primarily address the message.

The older people are, the more skilled they generally are at reading facial expressions.

They begin relying less on left-brain sequential reasoning and more on emotions – aka “gut feelings” or intuition.

The right brain processes information as sensory images rather than as words and numbers. The left-brain works in numbers and words.

Marketing Implication: To arouse the strongest attention, product messages should be rich in sensory stimuli. Even though the right brain can’t process words, words can create sensory images, as every storyteller knows. The older a market, the more important it is to present a product in story form.

7. Emotion, not reason, is the final arbiter in decision-making.

Initial responses to information entering the brain are visceral. Changes in body states (e.g., pulse, hormonal flow, saliva flow, body temperature, etc.) generate emotions. When a matter fails to generate emotions, a person will not take action on it. (Brain patients who have lost their emotional abilities while retaining full powers of comprehension and reasoning cannot make advantageous decisions in which they have a personal stake in the outcome.)

Marketing Implication: A cardinal rule for developing effective product messages is go with the grain of the brain or “Lead with the right; follow with the left.” The only way to get into a person’s conscious mind is via the right brain. Again, the use of sensory images is a key to getting into the right brain.

8. People use different brain sites and mental processes in answering researchers’ hypothetical questions than they use in real life situations.

Research respondents tend to draw more heavily on the objective sequential reasoning of the left-brain than on the subjective emotional right brain in answering researchers’ questions. This bias is reversed in favor of the right brain in reacting to product messages and making buying decisions.

Marketing Implication: We can improve research results by techniques that are more effective in defining consumers’ implicit testimonies that have not been distorted by undue influence from left-brain processing. The recent trend toward studying consumers in their natural living and shopping environments is justified by the finding that people process hypothetical information differently than they do real life information. Researchers need to make more use of indirect techniques to get behind the curtains of consciousness.

9. Pictures of people in motion arouse the brain more quickly than posed pictures.

10. Each experience we have prompts the brain to create clusters of neurons (brain cells) with predisposed responses to new but similar experiences.

As the population of these dispositional clusters increases, a person becomes more habituated and reflexive in his or her responses. This decreases sensitivity to external influences, like advertising, making a person more autonomous.

Marketing Implication: Dispositional clusters are the marketer’s equivalent of “hot buttons.” The older we are the more hot buttons we have. This is good news and bad news for marketers. First the bad news: It’s harder to change people’s patterns after the early adult years. Now, the good news: When a marketer hits a consumer’s hot buttons, the deal is all but made. The challenge is learning what those hot buttons are. Fortunately, there is remarkable consistency in the general nature of hot buttons among people in the same season of life. Knowledge of the developmental attributes of consumers in a given season will guide a marketer to connect with their hot buttons.

When a person sees an ad, or a TV spot the right brain initially determines if it has personal relevance. The sequential reasoning processes of the left-brain only go to work on the ad after it has reached consciousness. The right brain conducts a process called information triage to reduce information flow to levels the conscious mind, with limited working memory (RAM) can handle. The primary criterion is relevance to a person’s interests.

Marketing Implication: Imagine having a conversation in your office or at a social gathering when you hear your name come up in another conversation not far from you. Your brain was hearing the other conversation all along, but only when your name was mentioned did it see fit to alert your conscious mind to the other conversation. That’s what information triage is about. Creating product messages that survive information triage is the biggest challenge in marketing. It has become fashionable to complain about advertising clutter. However, the clutter problem is in the brain, not on a television screen or in a magazine. When a message has relevance to a person’s interest, the right brain will take note. When we talk about having a “double take,” we acknowledge the right brain’s ability to pick up in a nanosecond something that has relevance to our interests.

Explore more about Marketing to Seniors, Boomers and the 50+

Interested in learning more about how Coming of Age can help YOU reach these audiences??

Fill out the form below and we'll be in touch.

* These fields are required.