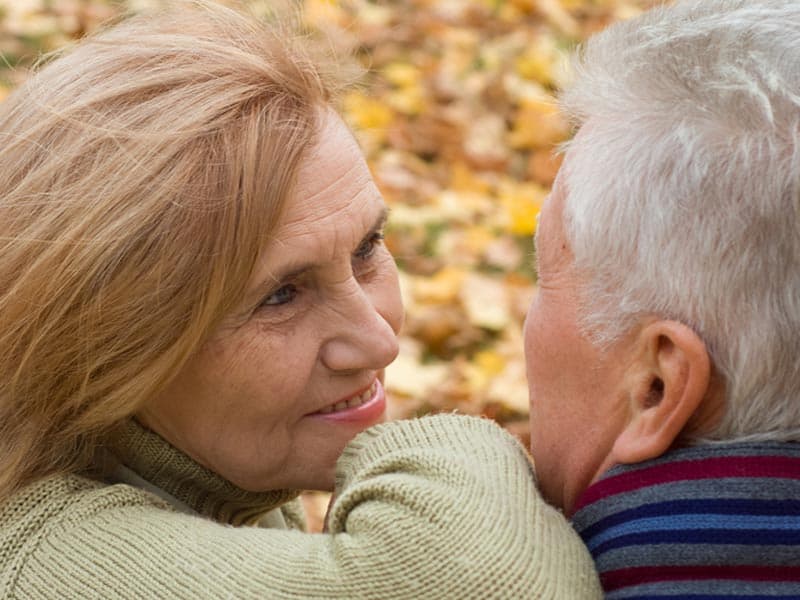 “Marketers have a sex problem,” wrote Geoffrey Rowan in a recent article, “Sex in Advertising Sells: So why NOT to the Over 50s?,” on FabOverFifty.com. “They slather it liberally onto any brand surface where it might stick — the ultimate consumption aphrodisiac. No one gets fired from a marketing job for saying sex sells. But at the same time, they ignore or alienate the source of half of all U.S. household spending because sexy older people … well — that’s ridiculous.”

“The failing of marketers is that we tend to prematurely sexualize young people, and prematurely desexualize older people,” says Rowan.

There are, however, some exceptions, e.g., Cialis and Viagra ads clearly focus on the sexuality of older men by focusing on their inability to “be ready when the moment is right”. Advertisers ignore or make fun, and films and television often characterize the existence of older romance as limited at best.

The message: it’s a turn-off, or sex or romance doesn’t really happen after 50. Nothing is further from the truth. Sex at midlife and beyond is a subject mired in myth, confusion and misinformation. A National Council on Aging survey reports that among people age 60 and over who have regular sex, 74% of the men and 70% of the women find their sex lives more satisfying than when they were in their 40s. Evidence that, as we live longer, romance maintains its importance to us for even an extended period. Research also tells us sex gets better as we age. Why? We learn from many years of experience.

Michael Brickey wrote in Love, Sex and Romance After 50, “Young adults are often so preoccupied with making a career splash and rearing children that there is little time left for love and romance. While teens and young adults often pick mates on the basis of who is ‘hottest,’ prettiest, or most popular, older adults tend to place more emphasis on being kind and considerate, less exclusively targeting and having common interests (beyond pop music).”

Baby Boomers generally hate limits and while “he so-called Greatest Generation might be inclined to reduce pursuing amoré after 50, Boomers are convinced the old rules don’t apply to them. One of the old rules was that men pursued women their age or younger. But now there are as many women dating younger men as the other way around. So now we have cougars as well as wolves pursuing younger partners.

So what’s a marketer to do? To begin, consider the numbers — if you’re not being inclusive, you’re ignoring more than 76 million Baby Boomers (51 to 69) with trillions to spend. Moreover, George Masnick of the Harvard Joint Center for Housing Studies puts the Generation X demo in the time frame of 1965 to 1984 and this generation is quickly entering their fifth decade. If you believe, or have evidence, that using sex appeal and romance will help sell your product, don’t exclude the Boomers from your advertising. Inclusivity should generally be the rule, not the exception. They should see themselves in your marketing.

The Condom Commercial Every Marketer Should See

There is no age limit on sexuality, but for people age 50 and over, sexual satisfaction depends more on the overall quality of the relationship than it does for younger couples. As we age, there are many pathways to sex and romance including self-improvement, finding kindred spirits, rekindling an old romance, and online dating. Sex and romance after 50 can also simply be about developing a loving relationship. However, you can also see an example of a company’s successful marketing approach to the lucrative Baby Boomer demo here: The Condom Commercial Every Marketer Should See. Well executed, the video tells a story and is ageless in context. It could be a Public Service Announcement.

Contact Coming of Age for more information about connecting with the Baby Boomer and 50-plus audiences.

View this article and discussion on MediaPost.