As people age, they typically move into the higher levels of personality development and become increasingly resistant to advertising. Having seen and listened to tens of thousands of ads over their lifetimes, it isn’t likely that you are going to come up with an ad that a Baby Boomer views as startlingly original. We’ve learned doing the familiar in an unusual way, provided of course that the customer is qualified for and has a generic interest in the product for which the ad is being done, will increase the effectiveness of your ads. 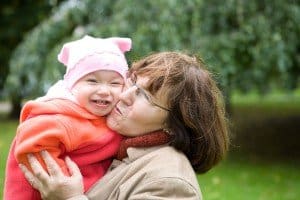 Connecting with Baby Boomers in an unusual way means creating messages and images that doesn’t idealize aging or aging people by invoking images that are connected to life as a younger person. A past Duke University study found that older people were more likely than younger people to express satisfaction with their lives. Many will not read messages that talk about “reclaiming youthful vitality” as being one of the benefits of the advertised product.

Don’t include hyperbole. Talk about the product or service but do it without exaggeration. Don’t present the product as being in a superior class all by itself. Aging Baby Boomer customers generally don’t need or want to be told that an advertised product is peerless. They’ve received this pitch so many times it is no longer believable or at best, a platitude. This approach is typically perceived as hucksterism or deceptively selling fraudulent products or services.

In our last post we discuss the value of being authentic in advertising and marketing. We’d suggest your message be unusually authentic. This is not a trivial thing. Older people typically have a sixth sense about a person’s real feelings about them. To claim in an ad that the producers of the product or service really care for their customers doesn’t come across as authentic.

Another unusual way is connecting with older people’s values. The one thing that aging people usually have faith in is their values and what they believe in. So, in creating marketing messages for Baby Boomers talk about them and what they stand for. By aligning the values conveyed by your message with their values you will more likely get them to take notice of what you say and take an interest in considering the product or service you are promoting.

Finally, avoid creating messages that focus on the Baby Boomer as self-centered. Self-centeredness is more common among younger people and runs deeper. As we age we tend to think more of others and about our legacy and the ultimate meaning of our lives. Ego-centered ads tend to turn off many older customers.

In summary, when creating messages for Baby Boomers, be real in product and service claims, be authentic in message style and content, connect with their values, and don’t invoke the values of a self-centered person.

Keep in mind as you ponder the last point that for years many Baby Boomer “experts” predicted that the “Me” generation would enter old age as self-indulgent consumers. That is not proving to be true. For instance, even though many continue experiencing the toughest economic picture since the Great Depression, philanthropy has been on the rise as the population gets older. “Giving back” is a major theme in many older people’s lifestyles and aspirations.

View this article on MediaPost.