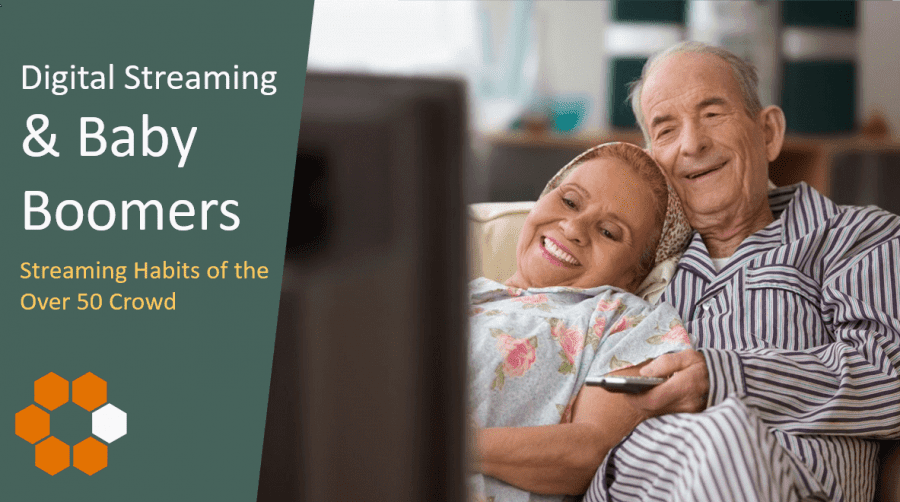 We know millennials use streaming services for video and music, but what about baby boomers and digital streaming? Have the over-fifty generations that headed to the video store on Friday nights to rent tapes to watch with family or friends, or picked through racks of albums and CDs at Best Buy adapted to the new world of TV shows, movies and music on demand via high-speed Internet?

Like everyone else, Boomers and the oldest Gen-Xers have embraced the new, more convenient streaming world. A good portion are diving into Netflix, Amazon Prime and YouTube to watch their favorite shows, see the latest movie or even catch the evening news they were too busy to watch at 6 pm.

Shows and movies are a hit

As with many things digital, there’s a common misperception that “Boomers don’t do that” when it comes to streaming movies or shows. As a result, many marketers are missing an opportunity to reach this highly engaged segment. Boomers are avid streamers and their service of choice, like the rest of America, is Netflix. They seem to enjoy the many sophisticated tools the service offers too. Netflix found Boomers are willing users of its technically-challenging options including a service that allows viewers to download content to watch later. According to a Netflix survey, 47 percent of Boomers using the service have taken advantage of this feature.

So what type of content are all of these Boomers watching—and how often? More than 50 percent said they stream or download their favorite TV series or movie. They did it frequently as well, streaming or downloading a show or movie at least once a week. One way they differ from Millennials and Gen Z, however, is in their preferred streaming device. For younger groups, it’s their phone. Boomers, on the other hand, prefer to watch on a desktop computer or laptop. Only 25 percent of Boomers said they use their phone to stream shows or videos.

This just in — streaming news is popular

It’s not all Friday Night Lights and Fraiser reruns either. Boomers are streaming lots of news content, especially news programs on YouTube. Like other consumer segments, Boomers appreciate the convenience of being able to watch their favorite program when they want. And given they can watch it on their laptop or phone, they can catch up on the news where they want too. In bed before they go to sleep, on a road trip to see the kids at college –they can follow all their favorite news programs and never miss out.

The one area of streaming that Boomers aren’t in tune with is music. Compared to other age groups, they lag significantly behind. That may change as smart speakers like Alexa become more prevalent — they’re gaining a lot of traction with the over-50 segment. But for now, only 20 percent of Boomers have a streaming music subscription. For Millennials, it’s roughly 60 percent. Gen X comes in at about 47 percent. As for Boomers’ preferred provider, slightly more listen to Apple Music than Spotify. That too is different from other segments.

Clearly, although they’ve come a long way from browsing for CDs in the record aisle at Best Buy, Boomers have a way to go compared to other age segments when it comes to streaming music.

If you’re trying to reach the over-50 demographic, it makes sense to target all the channels they use. That now includes streaming services. Coming of Age can help you develop a holistic strategy that includes streaming in your marketing mix, and target Boomers in their preferred channels.