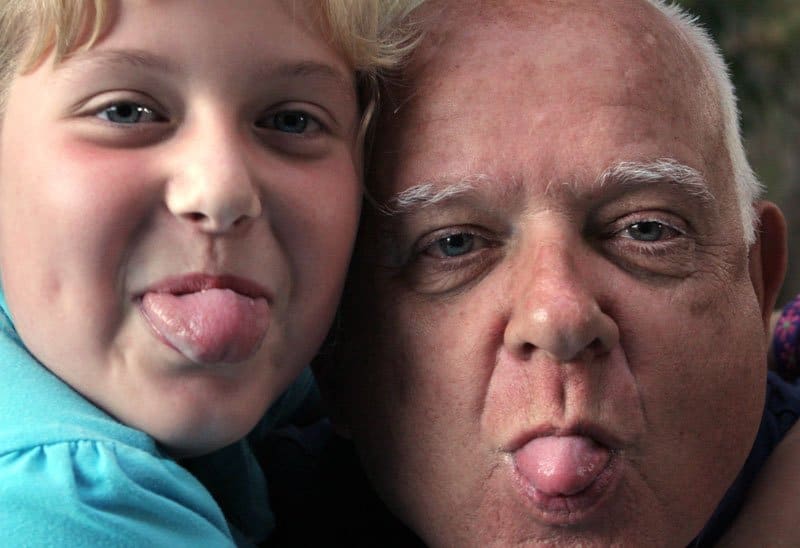 Abraham Maslow never intended to be a marketer. But when it comes to creating products, services, and messaging for older adults, his “13 personality attributes of the self-actualizing person” from Toward a Psychology of Being provide focused guidelines for creating a great creative brief. Recall that self-actualization is the realization of one’s full potential, with a focus outside of self.

Many of the grandparents we spoke with for The Grandparent Economy considered this phase of their development to have begun with the birth of that first grandchild. It is described as a turning point, as a time when the future comes into sharper focus. There is a realization of their mortality, and of family life continuing after they are gone. Relationships take on greater meaning and a sense of selflessness takes over.

Below are Maslow’s attributes and how they relate to communicating with grandparents:

Mature adults see things that younger consumers cannot see. Advertising claims are met with a much more discerning eye, and a world of consumer experience.

Grandparents are particularly perceptive about communications that ring false in terms of what real families look like, unrealistic family situations, and lifestyles in advertising.

2. Increased acceptance of self, others and nature

They are more mellow, contrary to the stereotype of the hyper- focused Boomer. They appreciate a smart sense of humor.

For grandparents, there is a sense of greater enjoyment of their grandchildren versus their own children. They are more relaxed and present than they were as parents. Grandfathers, in particular, observe this, saying they were busy working when their children were small, so they have a “do-over” with their grandchildren.

There is a sense of the importance of each day, and being present.

While parents are more focused on schedules and planning, grandparents can be more spontaneous with their grandchildren with a “seize the moment” approach.

There is a focus on problems beyond themselves; they are mission-oriented on re- possibility and obligation.

Grandparents report that they have an increased desire to leave the world a better place for this future generation of grandchildren. They volunteer, give to charitable causes and support organizations and principles with this mission.

This does not mean an older adult is solitary. There is a high sense of security and comfort with time spent alone. This stage of life is highly reflective.

6. Increased autonomy and resistance to enculturation

Older consumers know their own mind and what they want and expect from brands. They are not dependent on external forces for cues about the relative of importance of these things.

As grandparents, they extend this value to children. It is expressed in situations when children need to overcome peer pressure, bullying, and for older teens, issues with drugs, alcohol, and sex. As mentioned above, teens frequently turn to grandparents as non-judgmental versions of their parents for advice in these situations.

7. Greater freshness of appreciation and richness of emotional reaction

Mature people experience a sense of wonder and awe in the everyday experiences of life.

First-time grandparents embody this. Without the sleep deprivation and stress of becoming a parent, grandparents find pure joy in every event in a new baby’s life. They report a change in the relationship with their adult child as well.

Peak experiences open up feelings of wonder and the idea of limitlessness. The experiences, and the resulting feelings, carry over into daily life and create meaning.

Grandparents from the Baby Boom generation express the desire to share experiences with their grandchildren throughout their childhood as opposed to the legacy of cash or real estate, which is more prevalent with older generations. These are not necessarily expensive experiences and include things like learning to cook, using tools, and fishing, in addition to family vacations.

9. Increased identification with the human species

Older people at this phase of life exhibit more compassion, empathy, and sympathy for others. This manifests itself with the desire to do more for others.

The circle of friend- ships tends to become smaller and more intense. These are relationships for their own sake, not for what friends do for you socially or otherwise. Many people at this stage find that people with like values are attracted to them.

Grandparents who are geographically close to their adult children report that the falling away of esoteric friendships tends to happen with the birth of their first grandchild. Family relationships take over and only the closest of friendships are maintained.

Actualized mature adults have a sense of fairness and humility. There is no discrimination about class, education, race, or color.

Grandparents report a number of teachable moments at different ages and stages of their grandchildren’s lives. They express concern over discrimination at every level and believe it is part of their job as grandparents to create good citizens of the world.

The shift from left brain – rational – to the right brain – creative – opens a window of creative possibility. Without the judgment of others in the picture, older adults can invoke their inner poet and philosopher.

While grandparents sense this movement toward their own creativity as they age, they are also more likely than parents to recognize the need for creative outlets for their grandchildren. While parents may be more academically and sports focused, grandparents have a broader view. They are also likely to pay for lessons, events, and opportunities for creative expression – more so than sporting.

13. Certain changes in the value system

Older consumers values systems do not radically reform, but their sense of priorities shift. Being ethical is highly valued.

Boomer grandparents express that their idea of what is right has changed. While in their younger parenting years they may have taken a “the end justifies the means” approach, they now believe it is their obligation to help teach ethical lessons. This involves sharing their stories openly with their children and grandchildren.

Several other key themes evolved from our grandparent research that are important to communicating with people in this life stage. The Baby Boomer generation of older adults does not find meaning in leisure. Messages about abundant free time in retirement do not resonate. Leisure time is about family and re- connecting with self, not an end of its own. Older adults crave purpose in their later years.

Purpose also relates to work and retirement. Many Boomers report delaying retirement because work gives them a sense of purpose and accomplishment. Like it or not, in our society you are what you do. Loss of structured work frequently equals loss of purpose. In fact, suicide rates among adult males over age 65 are four times the rate of younger men. Gerontological psychologists attribute this high rate to the devastating loss of purpose that can result from the absence of productive work to validate one’s existence. More Boomer pre-retirees report having detailed plans for work, travel, and volunteerism before their actual retirement in order to make the transition more personally fulfilling.

In Vital Involvement in Old Age, Erick Erikson, Joan Erickson and Helen Kivnic speak of the need for purpose among older adults. “The vital involvement of which they speak is not the kind of playtime involvement widely seen in advertisements for travel, housing and other products and services. It is involvement that results in some product of effort perceived by others as having value. Contributions of value are vital to one’s sense of well-being, hence the term vital involvement.”

For the majority of adults in our study, being a grandparent is the number one response for what is providing a sense of purpose at this stage of life. They mention the ability to teach and mentor as very important. The idea of a parenting “do over” also scores as very important.

A second theme that emerged is the feeling boomer grandparents have about the stereotypes of the Baby Boom generation. The images of self-entitled, self-centered, and materialistic boomers do not sit well, and the majority of those surveyed believe advertisers and reporters frequently get it wrong. From a developmental perspective self-involvement and materialism are features of a striving lifestyle typical of younger adults, which would be accurate for any generation, not just the Baby Boom.

Third, our survey looked at purchase behavior. We examined a number of theories about mature adult behavior and the grandparent lifestage. Because of the recent fluctuations in the economy, understanding price and value was important. Price was a more important factor in the choice of basic items; quality and brand names was the primary factor. For more discretionary purchases they showed less price sensitivity. This was particularly true if the outcome or experience derived from the item or service had greater value. Consistent with adult developmental psychology, experience trumps price! There is willingness to “bargain shop” for a regular set of basic items in order to afford more experiential purchases. This includes the use of coupons, special offers, or loyalty programs.

In interviews about purchase behavior, there was a strong pattern of decision behavior for more expensive, experiential products and services. The majority of consumers reported making “gut” decisions based on their experience or intuition. But following that decision they created a list of reasons to validate the decision. In other words, the purchase of highly valued products starts in the emotional right brain, and then is rationally supported by the more logical left brain. Communication must connect with grandparents on an emotional level first, and then provide post purchase support points for their decisions.

Finally, campaigns and promotions that invoke a false sense of urgency fall flat with mature consumers. Experience in the marketplace is certainly one reason. They understand the cycle of sales and promotions, or have a perception that sales or bargains happen frequently, so any sense of urgency is overstated. More important is the feeling that they are in control of the timing of the purchase and will make it when it is right for them.

For more insights and information, you can purchase Lori’s book, “The Grandparent Economy”, at Paramount Market Publishing or on Amazon.com.