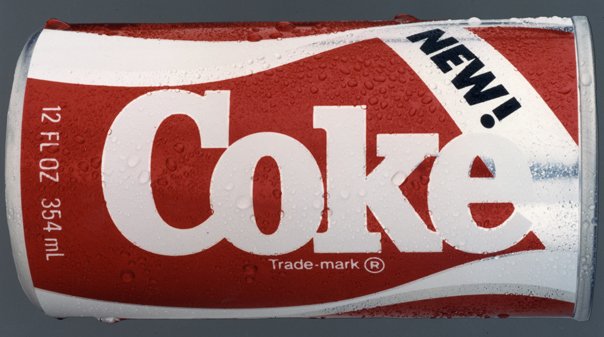 In the world of marketing, there is general agreement that emotions play a larger role in consumer decision making than rational thought. So, doesn’t it follow that research that forces rational answers is generally flawed? Since breakthroughs in brain science challenge basic assumptions about consumer behavior, isn’t it time to re-write the rules of market research?

Conventional marketing research depends on the assumption that people can accurately report their values, needs, and motivations. However, discoveries in brain science are revising our understanding of how human beings think and make decisions, and new models of cognition are beginning to change the conventional wisdom about consumer behavior.

As the late David B. Wolfe documented, many scientists no longer believe this. “We have reason to doubt that full awareness of our motives, drives, and other mental activities may be possible,” according to neurologist Richard Restak. “Our inability to accurately report intentions and expectations may simply reflect the fact that they are not qualitatively conscious,” added Bernard J. Baars, author of In the Theater of Consciousness.

The idea that consumers have limited knowledge of their motives is paradigm shattering on both a professional and personal level. Everyone wants to believe they know why they do what they do. It certainly rattles one’s sense of personal autonomy to think otherwise. The evidence suggesting that average people cannot accurately describe their motivations is clearly a direct challenge to established methods of conducting research, thus indicating a need for radical changes in the status quo.

The natural tendency to resist change explains why many otherwise skilled researchers are trying to block out this truth. But it’s also true that more accurate research produces better business decisions. That is why cutting-edge researchers are searching for new ways to reveal the subconscious roots of consumer behavior.

Clearly the entire profession of marketing is ripe for a revolution because its failures are so apparent. “Everybody–stockholders, directors, CEOs, customers, the government–is angry because marketing, which should be driving business, doesn’t work,” wrote marketing executives Kevin Clancy and Robert Shulman. One of the important reasons for this breakdown is that the basic premises of research is flawed.

Even academics, the primary source of research theory, have identified major flaws in mainstream research methods. Multivariate statistics that describe personality traits can account for no more than 7 percent of purchasing behavior, according to a paper published by William Massy, Ronald Frank, and Thomas Lodahl of Stanford, the University of Pennsylvania, and Cornell, respectively.

Consumer research’s problems originate in psychology, a field that has long struggled to define human behavior with the same precision physicists use to describe the movement of bodies from atoms to stars. Unfortunately, human behavior is too unpredictable to describe with such precision, because it depends on an almost infinite number of relationships. An increasingly desperate search for cause-and-effect explanations leads many psychologists to “retreat to abstract ideas that ignore contexts completely,” wrote Harvard psychologist Jerome Kagan. Consumer research reflects similar tendencies.

Kagan was bothered by psychology’s excessive dependence on behavioral models that conform better to statistical theory than to behavioral realities. Models of consumer behavior tend to extract their subjects from the complex, often unpredictable, but completely natural contexts in which people live and make purchasing decisions. The result is often an interesting manipulation of a hypothetical situation that leads to a marketing failure.

One of the most famous marketing busts was the reformulation of Coca-Cola. Extensive consumer research predicted success for “New Coke” because people said it tasted better. But the research failed to disclose that people also saw “Old Coke” as an important cultural icon that would lose value by changing the original recipe. This subtle value proved to be far more influential than taste in determining consumer response.

Kodak’s “Advanta” camera was an even costlier bust. Its research failed to warn executives of Advanta’s biggest challenge was to persuade a marketplace dominated by middle-aged baby boomers to buy what was proudly touted as a high-tech product. In mid-life, the bells and whistles of new technology generally begin to lose their appeal as simplicity begins to edge out complexity in consumers’ preferences.

Throughout his professional career, mature consumer behavior specialist David B. Wolfe argued that mainstream consumer research generally fails to take into account developmental changes in values and world views that happen across a person’s life span. Wolfe further argued that research also tends to ignore the major changes in cognition, or how the mind processes information, that happen with age. The subliminal origins of these changes prevent consumers from adequately reporting them to researchers, but the changes play a decisive role in marketplace behavior.

Another assumption that leads consumer research astray is borrowed from classic economics. Researchers assume that people make buying decisions to satisfy their self-interest, and that they use reason to determine which product best serves that end. Brain researchers see reason playing a much weaker role in personal decisions, however. In their book Marketing Revolution, Clancy and Shulman state the problem this way: “Because consumers don’t choose rationally, any research that forces rational answers has to be flawed.”

With the dramatic aging of the marketplace, it is high time marketing professionals make understanding the behavior and values of older consumers a priority. While traditional marketing and advertising practices may continue to produce results among Millennials, it generally falls flat with older consumers who find most advertising messaging irrelevant, ineffective and all too often offensive. In other words, why are businesses ignoring the demographic that controls the majority of discretionary income? Evidently, ageism also colors business decision making.